Batch scripts are an incredibly useful tool for automating repetitive tasks on Windows 10. By writing a simple script, you can save yourself a lot of time and effort when performing common tasks like backing up files, copying data between folders, or even when setting up new computers.

While batch scripts can be incredibly powerful, they can also be quite complex. In this article, we’ll show you some of the basics of writing batch scripts, and give you a few tips to help make your scripts more effective.

We’ll start by showing you how to write a simple script to copy files from one folder to another. Then we’ll move on to some more advanced topics, like looping and conditional statements. By the end of this article, you should have a good understanding of how to write your own batch scripts.

What are batch scripts?

Batch scripts are small files containing a series of commands that are executed together in order to automate a task. They are commonly used to automate repetitive or tedious tasks, such as backing up files or cleaning up a directory.

Batch scripts can be created in any text editor, but must be saved with a “.bat” or “.cmd” extension. When executed, the commands in the batch file will be carried out in the order in which they appear.

Batch scripts can be used to automate just about any task on a Windows 10 computer, and can be very useful for power users or anyone who needs to automate tasks on a regular basis.

How can batch scripts make your life easier on Windows 10?

Batch scripts can automate a lot of repetitive or tedious tasks on Windows 10, such as installing software, copying files, or backing up data. They can also be used to do more complex tasks, such as running multiple programs at the same time or synchronizing files between different computers.

Batch scripts can save you a lot of time and effort, and they can be used to automate just about anything you can think of. If you’re not familiar with batch scripting, there are plenty of resources available online to help you get started.

What are some common uses for batch scripts?

Batch scripts are often used to automate repetitive or tedious tasks. For example, a common use for batch scripts is to remotely control a group of computers. By creating a batch script, an administrator can execute a series of commands on all of the computers in the group with just a few clicks.

Another common use for batch scripts is to quickly deploy a group of files or applications to a large number of computers. For example, a systems administrator could use a batch script to deploy a new software application to all of the computers in a network.

How to create a batch script

Creating a batch script is easy! Just open up a text editor like Notepad and type out the commands you want to run. Then save the file with a “.bat” extension. That’s it!

To run your batch file, just double-click on it. The commands will execute in the order they are written in the file.

You can also add some basic logic to your batch files to make them more versatile. For example, you can use the “IF” command to check for certain conditions before running a command. This can be really useful for making your batch files more sophisticated.

Here’s a simple example of a batch file that will run the “dir” command and then the “ping” command:

You can also use batch files to automate repetitive tasks. For example, if you regularly need to copy a file from one location to another, you can create a batch file that will do it for you. This can save you a lot of time in the long run!

There are lots of other things you can do with batch files, so be sure to explore all the possibilities. With a little creativity, you can use batch files to automate just about anything! 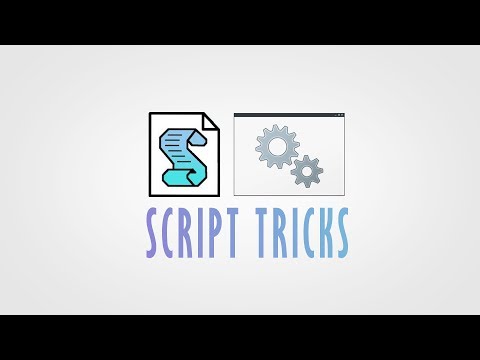